Famous Hearts and Their Problems 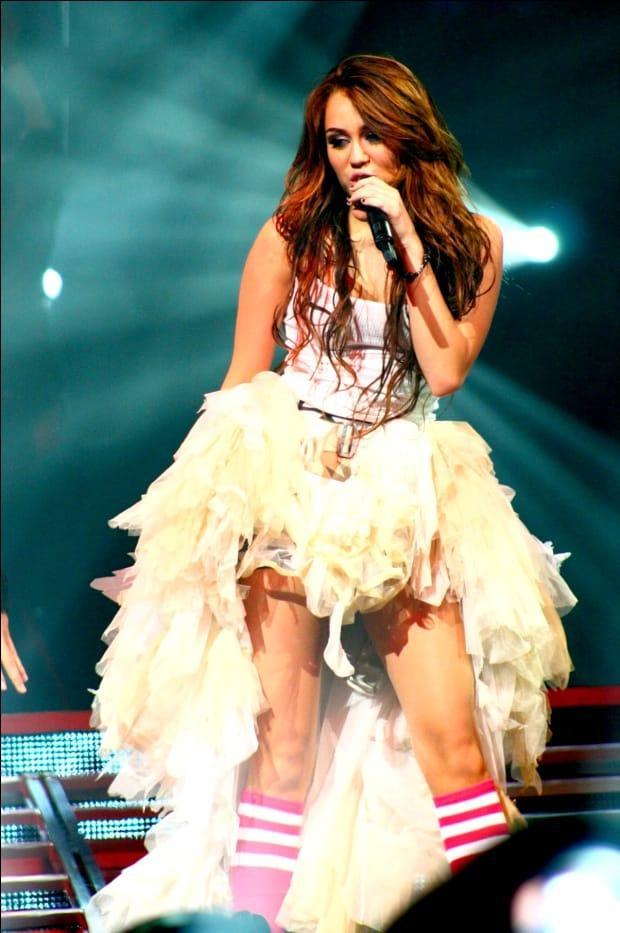 The human heart is the engine of the body, so to speak. It is basically a pump that moves blood to where it is required around the body. The heart is made up of four chambers separated by valves and it is divided into two halves. Each have has one chamber called an atrium and one called the ventricle. The atrium collects blood and the ventricles push out the blood from the heart. The right ventricle handles deoxygenated blood and the left side handles the oxygen rich blood.

The normal term used for a problem with the heart is Cardiac Disease. The most common two are Heart Attack and Heart Failure. Luckily, most of the heart diseases are avoidable in some way through diet control and exercise. Taking preventative steps usually minimizes negative effects of existing heart conditions to zero.

Heart diseases are common in both genders. Even though studies have shown men to be at greater risk than women, this does not rule out women having their fare share of problems.

Age is a huge factor that contributes to heart disease risks. The older you get the more prone to a heart condition you will become. That is just how nature works. Your best option to fight against this is to keep your body as healthy as you can.

Genetics plays another key role in how heart diseases play out. Some people have to struggle with heart diseases since the day they were born but that hasn’t stopped them from living full and healthy lives. With proper care and treatment the side effects are almost nonexistent.

Other contributing factors to heart diseases are focused around a person’s diet or the lack there of. Obesity and high cholesterol are the leading causes of heart attacks. Too much cholesterol in the blood starts to build up deposits on the heart walls that restrict its blood pumping abilities.

Keeping these in check and visiting your cardiologist are the the keys to a happy heart.

Celebrities are looked upon as perfect people, with perfect lives. But that is far from the truth. The fact is that celebs are just like you, with real hearts and real heart-related problems too.

Here are some celebrities that are living in the spotlight even though they have heart conditions trying to hold them back. Not only are they managing their lives well, but their lifestyle should be a source of inspiration to anyone facing similar issues. 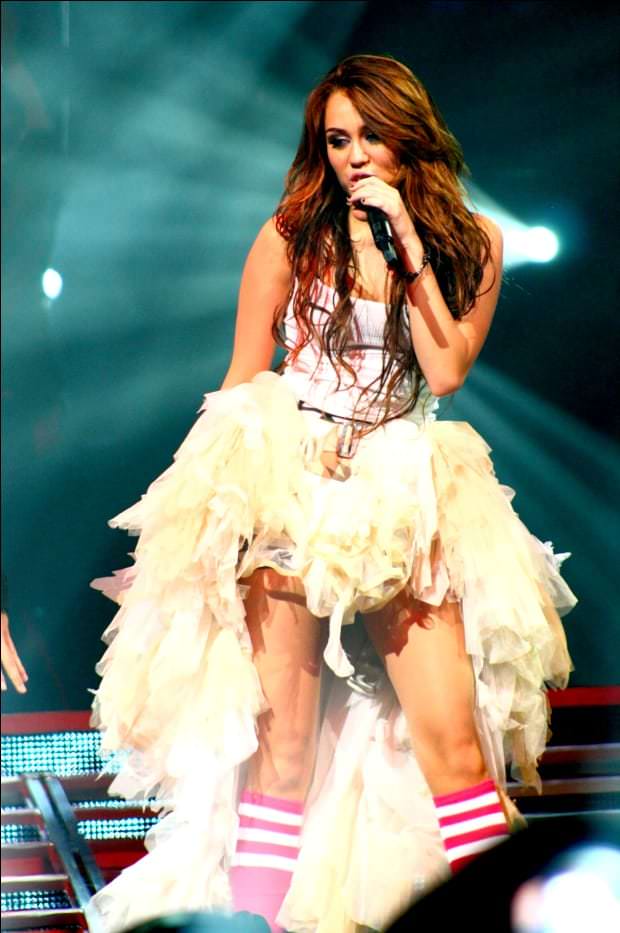 Miley Cyrus is no stranger to the rockstar lifestyle. She has seen her rise to fame starting from a very tender age and that has affected her development. She recently opened up about her condition that causes her resting heart rhythm to be substantially higher than what is considered to be of the normal range.

This condition is called Tachycardia. While she never specified which tachycardia it is believed to be atrial fibrillation. This condition is not life-threatening but it is not without risk. This causes the heart to work overtime and that adds up to a higher chance of strokes in the future.

She also says that she has to be constantly aware of her heartbeat when she is one stage so that she does not push herself over the edge. She visits her cardiologist regularly and has started maintaining a healthier lifestyle to help manage her heart better. 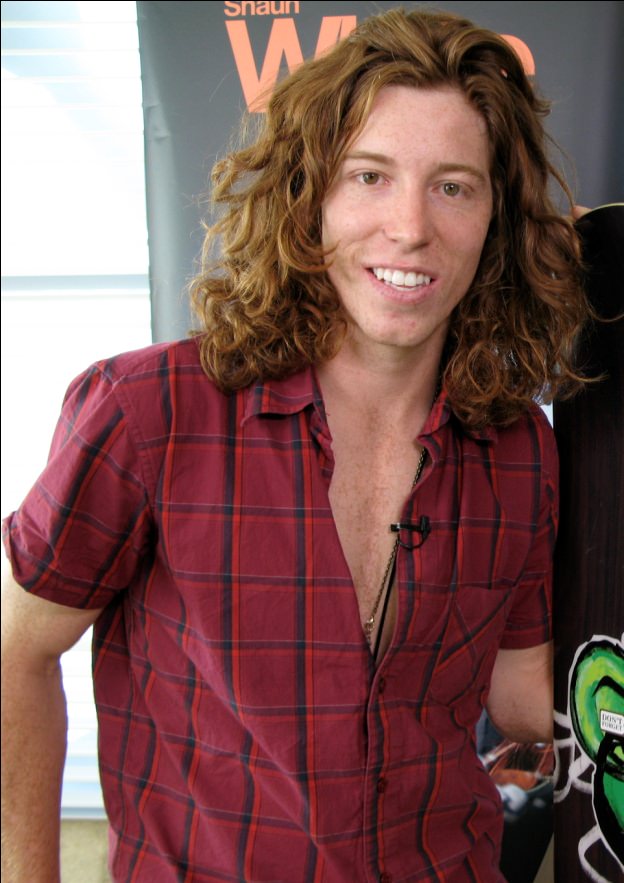 Tetralogy of Fallot is a congenital heart defect that affects the way blood flows through the heart. He had to undergo two open heart surgeries before he was even a year old. That did not stop him from conquering his goals of becoming a multiple gold medal winner at the winter X games and an Olympic gold medal later.

Growing up, White was told to abstain from athletic activities because of his “sluggish” heart but with routine and care he was able to achieve his goals. 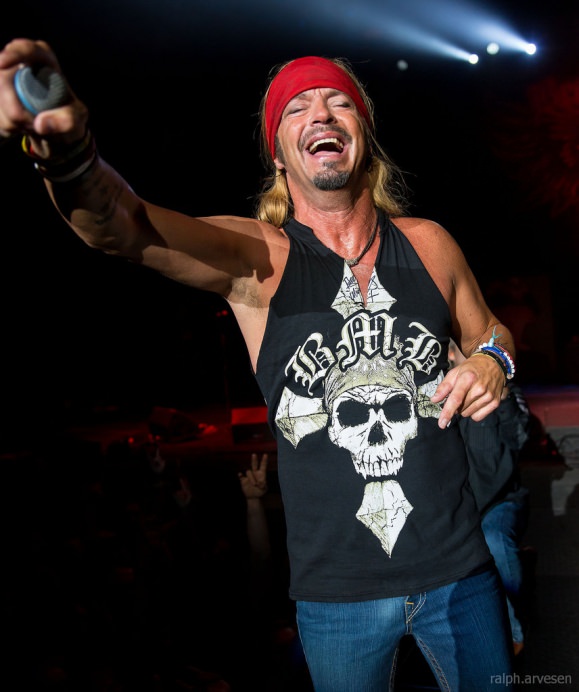 Bret Michaels has a hole in his heart, also known as Patent foramen ovale –PFO. This is a condition that affects about 20 percent of the adult population. A hole in the heart causes blood from one side of the heart to move over to the other side, and causes clots that eventually lead to strokes in the victims.

Bret Michaels suffered such a stroke and had to be then rushed to the hospital for an emergency checkup. The doctors cleared him after 12 days of intensive care and told him to rest and rework his lifestyle choices. 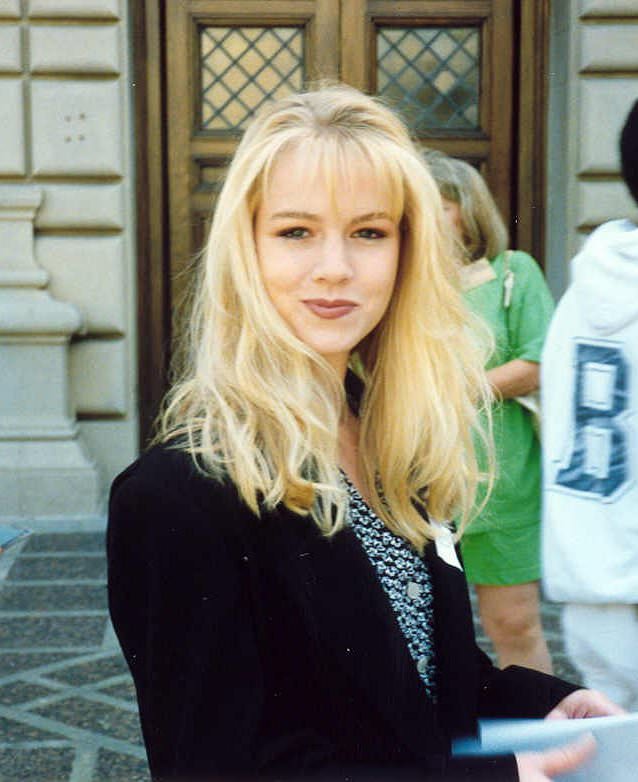 At the age of 37 Jennie decided to visit a cardiologist because she was aware of her genetic potential of contracting a heart disease. This visit had her diagnosed with a leaky valve also known as aortic regurgitation.

Before this meeting, Jennie had never felt that anything was wrong with her, and it was quite the surprise when she found out that she had a problem. Luckily she got to know about this before things got serious and is now actively reworking her lifestyle to fit her heart’s needs.

She has two daughters that she has to keep in check for the same potential problems if they were to ever surface. 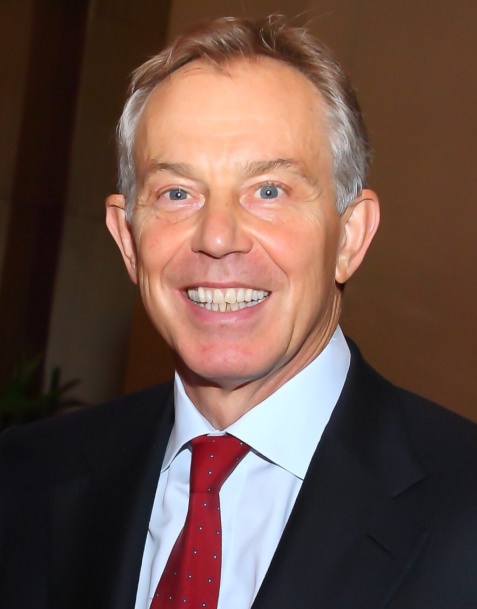 Former Prime Minister, Tony Blair, had been complaining about heart palpitations, dizziness, discomfort and distress before he was taken to the hospital for a checkup. This checkup led to the diagnosis of a condition known as Supraventricular Tachycardia.

This disorder causes the heart to beat at twice the normal rate, so if the normal rate is anywhere from 50-100, it will cause it to jump to an average of 180 beats per minute.

To tackle this better and avoid triggers, Mr. Blair had to cut coffee out of his diet completely. He was treated for this condition with cardioversion. The treatment includes inserting tiny electrode catheters into the vein or artery until they finally reach the heart.

Then the heart is stimulated by electrical impulses so that the abnormal electrical pathways can be identified and eventually destroyed. 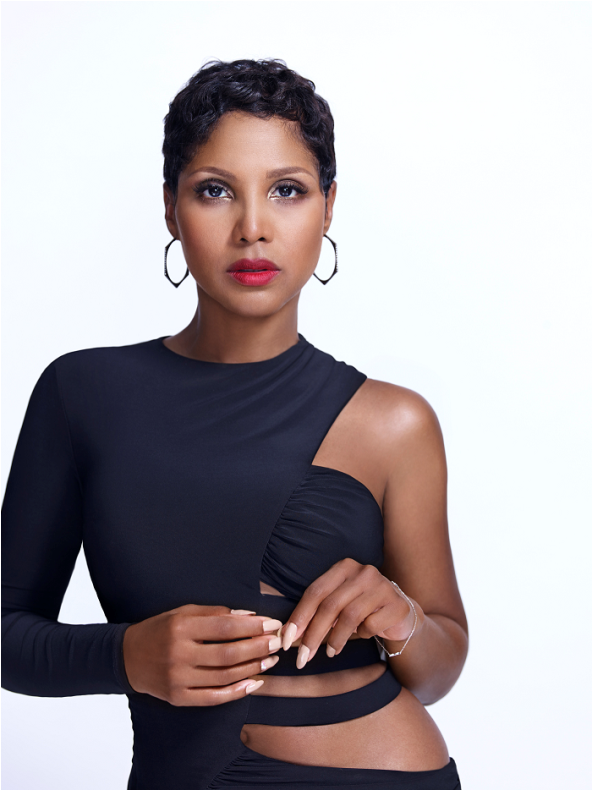 Grammy award winning singer Toni Braxton was in the middle of a performance when she started realizing she was not feeling all that well. She started feeling lightheaded and weak and that is all she can recall before she passed out.

Having been rushed to the hospital Toni was made aware of her condition of Pericarditis. This is often caused by a virus that causes the inflammation of the tissues surrounding the heart causing them to swell.

This, in turn, restricts the heart’s ability to fully relax or contract causing improper blood flow around the body. Luckily, this time it was not life threatening and a year’s worth of medicine is all it took for Toni to be back to normal.

She recalls her time when she ignored all of the symptoms she was facing and waved them off as exhaustion. This goes to show you how important it is to know what your body is trying to tell you via certain symptoms. It is also very important to have regular checkups to make sure everything is in order when it comes to your body. 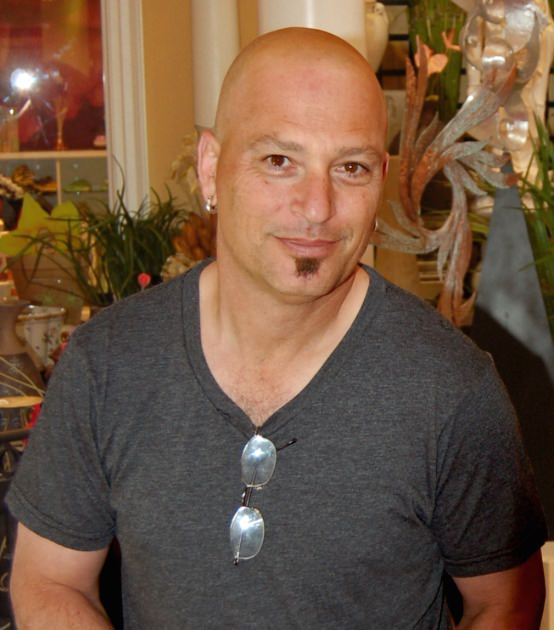 Comedian, actor and TV host, Howie Mandel was diagnosed with atrial fibrillation. This is a condition with makes the heart beat at an irregular pace. This in turn leads to poor blood flow in the body, increasing the chances of a stroke.

He first learned of his condition when he went to the doctor for a routine checkup and was immediately referred to a cardiologist. Since then he has been campaigning for heart health and awareness so that other people do not find out when it is already too late.

People with AFib are 5 times more likely to have a stroke because the blood pooling in the heart increases the chance clot formation which may then be transported to the brain. 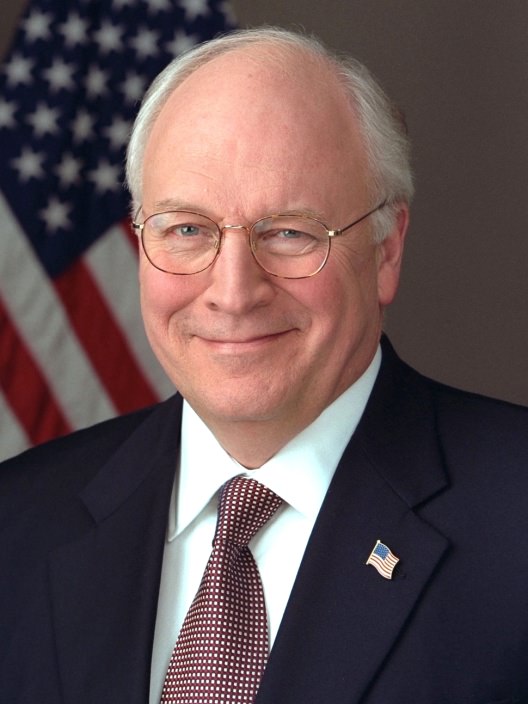 Cheney suffered his first heart attack when he was 37 years old in 1978 while campaigning for congress.

He finally had a heart pump placed to take care of the circulation which stayed in his body for 20 months till he finally received a transplant.

All of this could have been avoided with a better lifestyle and regular visits to the cardiologist. High stress situations often associate themselves with heart problems and that is why it is important to know about your heart’s health when working under such conditions. 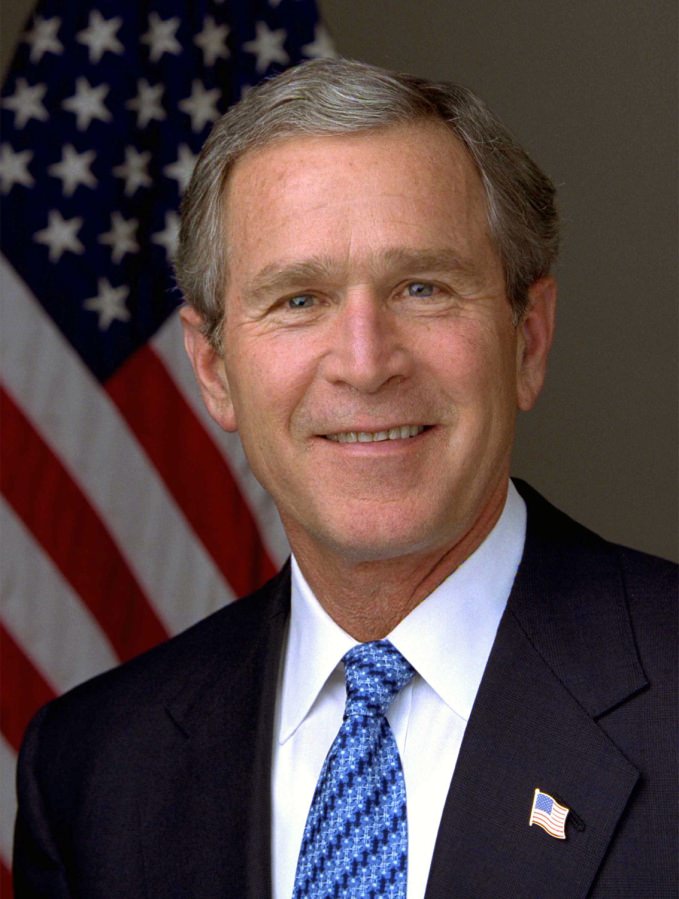 The former president was diagnosed with a blocked artery when he went in for a routine checkup in August of 2013. He was then told to get angioplasty done to open the blocked artery. He was 67 at the time of this discovery.

George Bush was an avid cyclist and exercise enthusiast even before the heart problem was discovered and this goes to show that no matter what your lifestyle is, the heart always needs attention.

It was given his active lifestyle that he did not suffer too long after the procedure and he could return to his normal routine almost immediately afterwards. This goes to show you that a visit to your cardiologist is always a good thing as it might save your life. 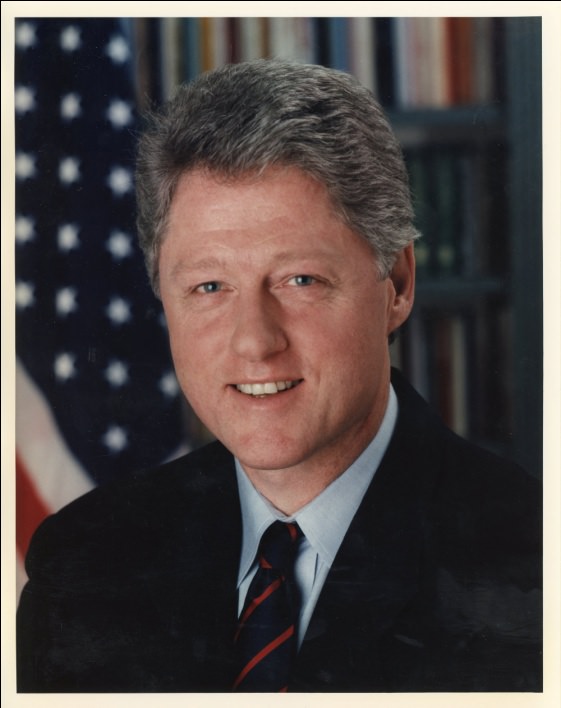 Three years after his service as President, Bill started experiencing chest pain and shortness of breath. He went to a cardiologist and found out that his arteries were narrowing. He then went under quadruple bypass surgery in 2004.

Later in 2010, he went another procedure where stents were inserted to keep his arteries from closing. This too was done because he had started feeling chest pains and went to the cardiologist to have it checked out.

While waiting for symptoms to show up is almost always too late, people do manage to get lucky sometimes. These procedures prevented future episodes and restored President Clinton back to health. Always be sure of your heart’s health by regularly visiting your cardiologist. This will make sure you do not get an unwanted surprise that might take your life. 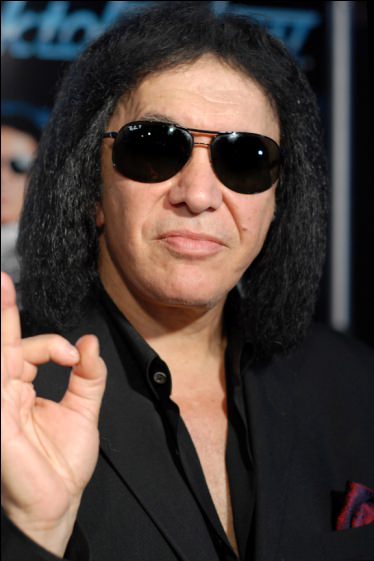 Gene Simmons, a legend of Rock, was on tour 10 years ago and during a performance when the temperature went up he started to feel his heart beat quicken. Kiss is famous for giving very flashy performances that take a toll on their members’ bodies.

This got so bad that he started to sweat a lot more than normal and his vision become blurry. He then consulted a doctor and found out that he had a heart condition. He has been working actively to keep his lifestyle clean so that he does not overwork his heart, and suggests that people do the same and visit their cardiologist regularly. 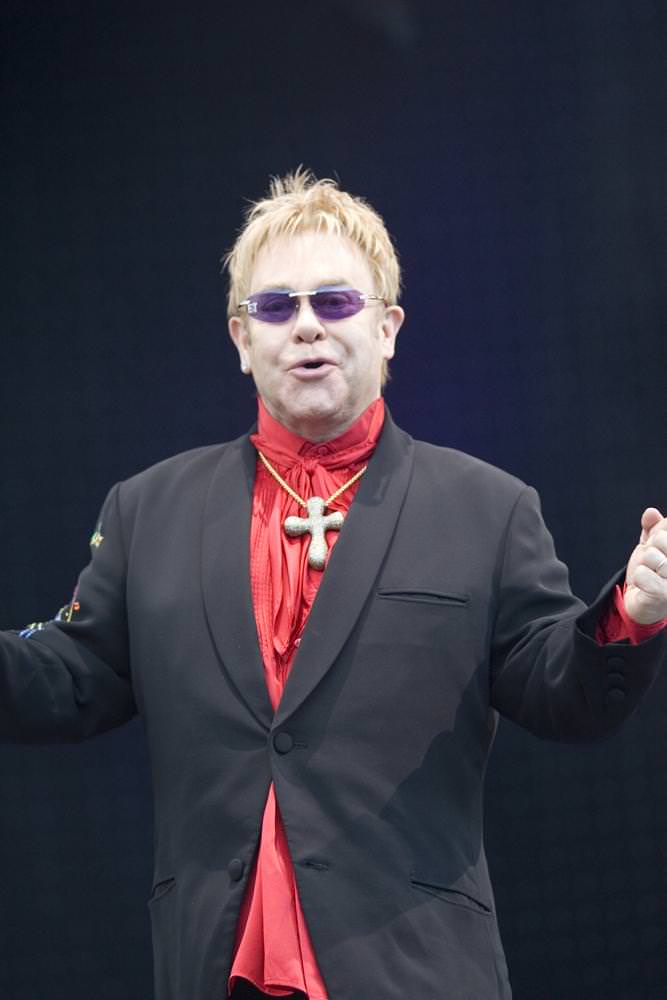 Award-winning singer and songwriter, Sir Elton John, had been suffering from an irregular heartbeat. This would cause his heart to beat really fast at times, and then slow down at others.

He was later diagnosed as having Tachycardia-Bradycardia Syndrome. To counter this, Sir Elton John received a pacemaker in 1999 to help regulate his heartbeat. Ever since then he has been functioning properly and he has been healthy enough to carry on legacy and amazing musical career. 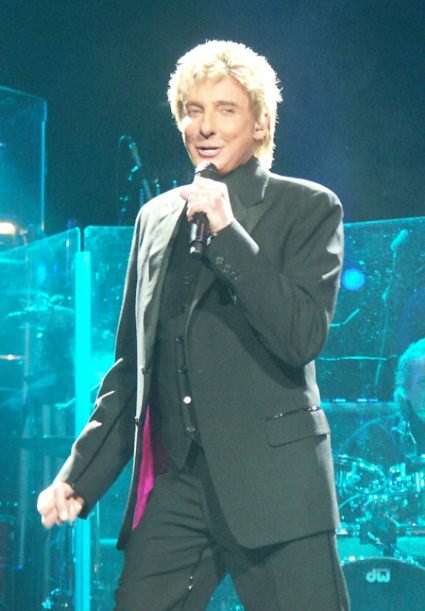 Barry shares his story so he can raise awareness on how serious heart problems can be if left unchecked. Most people do not even know what is happening to them in case they are facing a heart problem let alone take emergency care.

Barry retells his account on how he faced his heart skipping beats as he was driving home and he did not even realize he was having an episode. From that point onwards, Barry made sure to visit his cardiologist regularly and take his atrial fibrillation medication to manage his heart rhythm better. Learn about the reasons why athletes sometimes die suddenly 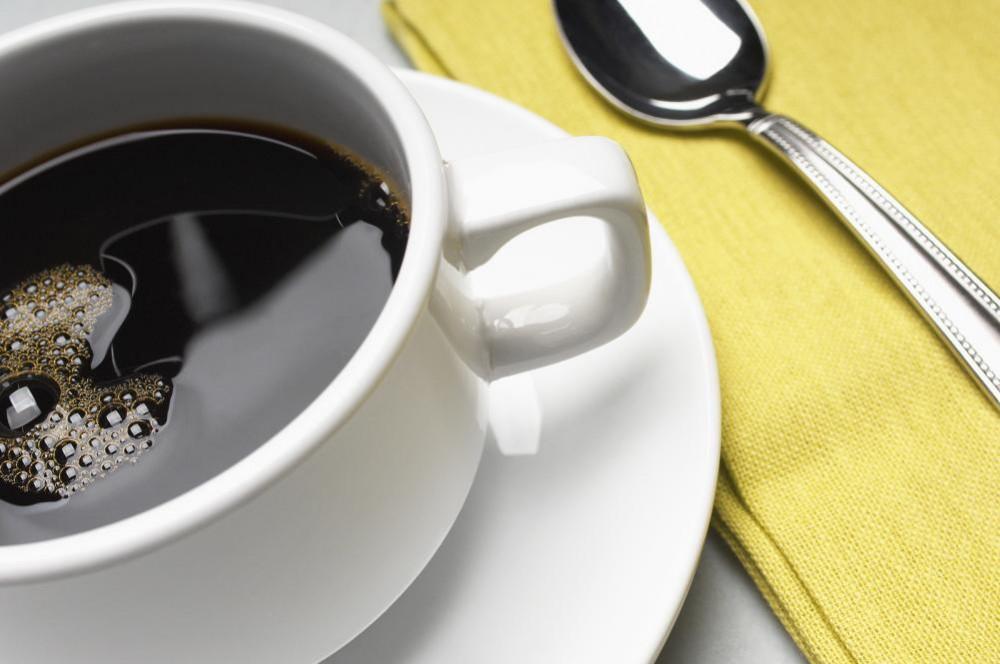 Health Benefits of Coffee and Caffeine

Learn about the benefits of coffee and caffeine There are several risks associated with obstructive sleep apnea 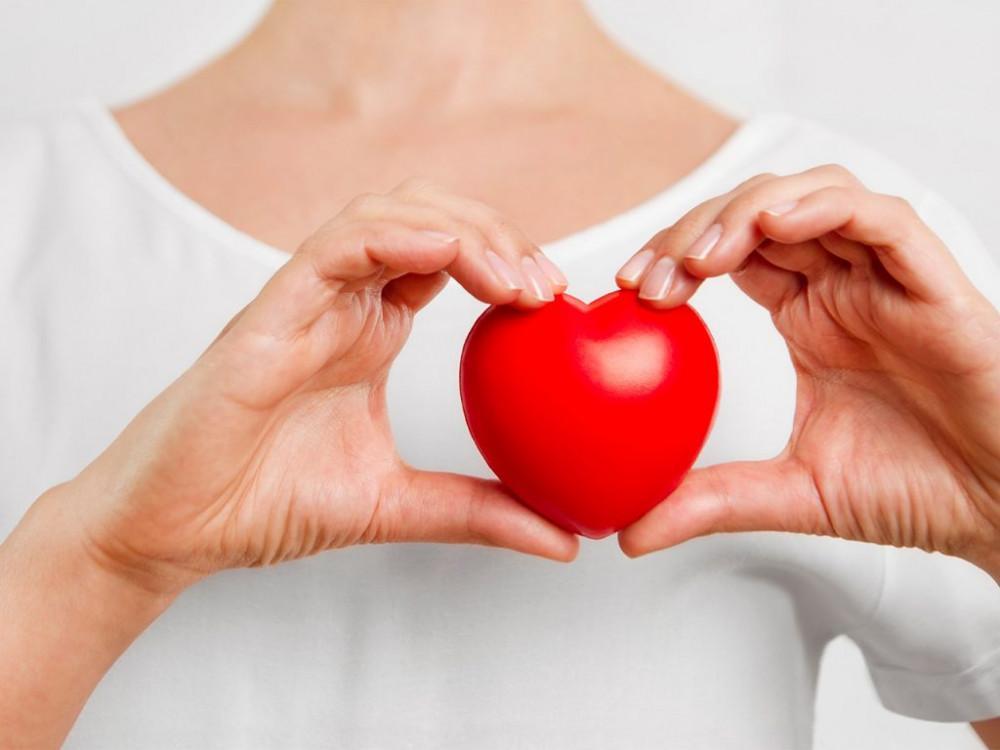 Leading a stressful life can cause heart disease The Benefits of the Mediterranean Diet

It's not just a diet, it is a lifestyle How to Prevent Deep Vein Thrombosis When Traveling

What is Deep Vein Thrombosis?